What is Landscape Urbanism? How does it apply to the city as we know it today? How does it meld with the way people live and the climate changes they have to contend with, now and in the future. Well that is why I am here, let us find out.

Landscape – all the visible features of an area of countryside or land, often considered in terms of their aesthetic appeal.

Urbanism – the development and planning of cities and towns.

The city landscape, grey, stark, thrumming with industry, cars and life. Climb high enough to survey the sprawl of urban humanity and you will see flashes of green. Parks, open communal space, studded with plants and trees welded in to the fabric of the city, thriving in the urban landscape. As humans we need to feel cocooned by these tiny pockets of chlorophyll, basking in its green glow, as the life zooms past in a hurry.

To accommodate this basic human need, urban planning and design has adapted and we have seen the birth of “New Urbanism” and “Landscape Urbanism” concepts. Just like the City, the design is forever evolving.

In its purest form, Landscape Urbanism is a design movement that combines new green space with an old infrastructure.

The Development of Modern, Landscape Urbanism

The concept of Landscape Urbanism can be said to have evolved from an earlier form of urban design called New Urbanism. They are two very distinct ways of thinking, but can be very relatable and sometimes interchangeable.

Let us discuss New Urbanism. What is it? Basically, the concept promotes walkable, environmentally friendly and sustainable communities. It is about connectivity, with the main objective being to improve the quality of life of city residents.

Examples of New Urbanism are:- 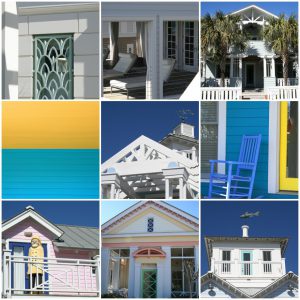 Seaside, FL is a city that rose in prominence in 1985. Hailed as one of the first communities in America to be designed using the principles of New Urbanism. “The town has become the topic of slide lectures in architectural schools and in housing-industry magazines, and is visited by design professionals from all over the United States.” Wikipedia

Core ideas of New Urbanism are that buildings should be mixed in their style, size, price, and function. For example, a small townhouse can be placed next to a larger, single family home. Mixed-use buildings such as commercial spaces with apartments over them are also ideal in this setting.

A New Urbanist city has a strong emphasis on community. Maintaining connections between people with the provision of parks, open spaces and community dense centers like plazas or a neighborhood square.

However, there has been criticism with this design concept, saying it creates inauthentic and isolated communities. Which suggests they do not represent the “norm” of settlement patterns in the U.S. Many of these critics often point to Seaside for this point, because it was used to film portions of the film The Truman Show and as a model of Disney’s community, Celebration, Florida.

“Critics of New Urbanism argue that instead of promoting diversity and community, New Urbanist neighborhoods only attract affluent white residents as they often become very expensive places to live.” Quoted from a very interesting article at ThoughCowith this design

Responding to the failings of New Urbanism, Landscape Urbanism was born.

“The city of the future will be an infinite series of landscapes psychological and physical, urban and rural, flowing apart and together.”Architect and design theorist Christopher Alexander is right, the city is not a tree, it is a landscape.

It has been very difficult to truly pin point an exact definition for Landscape Urbanism. I read numerous articles, all describing various ideologies and providing complex explanations. And I have to be honest I am none the clearer.

Yet, I have come to the conclusion that when one uses Landscape Urbanism as a design concept, one wants to create ecologically rich environments, within the current infrastructure of the city. In a nutshell it is the recycling of an old infrastructure, to create something new and ecologically diverse for the cities inhabitants. Phew I think I have got it. Do you?

Let me run through a few examples to help you understand. Is it really regentrification? Which is one of the arguments against it?

A project developed upon a disused railway, which has since been transformed in to a walkable, lush green space, trailing high above the city.

Millennium Park, was once an industrial wasteland, which was controlled by the Illinois Central Railroad (1850’s to 1997). 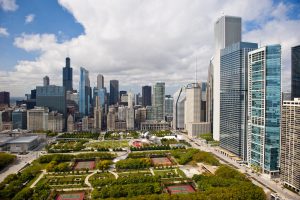 Can you believe that this beautiful 2,200 acre park is built on what was once the worlds largest land field. Started in 2006, it will be in constant development for the next two decades, with completion set for 2035. Impressive! 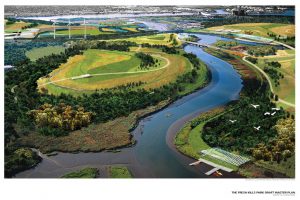 So, these projects have created a usable, flexible, community space for the city. A place which is available to the public for them to commune, relax, exercise, attend events and enjoy the outdoors in their city. Built upon ecological and sustainable principles, plus utilizing resources of the area. Therefore, utilizing a space already woven in to the fabric of the urban landscape and creating a usable city showpiece, a sliver of environmental art for the populace. It has also been found that the area around “the art” can also benefit, with increased foot traffic new buildings, restaurants and shops start to appear. The extra income can be put back in to the surrounding areas and make them usable.

However, there are arguments against. Yes the sites are stunning and they reuse old, forgotten, rotting areas of land. But, are they just a pretty show piece? Do they think about the fabric of the land around it? They are accused of being expensive, flashy projects, focusing on the aesthetic rather than the global approach. How will the “piece” truly affect the city and the surrounding land? Will it improve it? Because, house prices will go up and this can drive the current inhabitants out. One idea has been to ensure affordable housing must make up a percentage of the land around the projects.

However, whatever one thinks about Landscape Urbanism you cannot deny that planning and designing in this way can create an integrated, beautiful, useful and natural addition to its surroundings. Thus, combining humans with nature which can bring them together in harmony. Providing communal areas that are multifunctional, flexible, and environmentally sound. They also, fulfill the emotional and physical needs of the cities inhabitants. It essentially blends together the past, present and future of the city Providing future generations an area that is beautiful, green and ever functional.